Where investigations intersect with technology

Nearly all documents and correspondence are created and transmitted electronically, making the computers and cell phones the obvious starting places to look for evidence. Reasons to initiate a cyber investigation include: 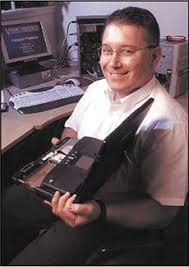 Computer forensics is more than just geeks digging into data, it is using specific tools and methodologies that are forensically sound and acceptable in court as part of an investigation.  Every case is treated as if it were going to be used in litigation. It is critical that the computer forensics investigator understand the legalities surrounding the capture, storage and analysis of electronically stored information (ESI).

Since 2003, our investigations firm has conducted forensic computer investigations for law firms, businesses, governmentmental agencies and individuals throughout California.  A large number of our cases are employee or divorce related.

We are AccessData certified and can analyze all types of ESI at our offices here in Camarillo, including hard drives, external storage devices, mobiles, digital cameras, etc. Evidence can often be recovered despite attempts to hide or delete data.

Verdict Resources Inc. is the one of the only licensed private investigator firms in Los Angeles and Ventura County providing computer forensics services. We perform all forensic computer investigation analyses at our location just outside of Los Angeles in Camarillo, California, using only evidence grade hardware and software; but we frequently travel beyond California to serve our clients nationwide for data acquisition and other consulting needs. We speak geek, but write in plain English!

Please contact us to have someone promptly call you regarding our forensic computer investigation services.

Ventura Family Court: Appointed §730 Expert to identify presence of child pornography in a custody matter, which the wife identified to show the husband as unfit for share custody.  We found that the wife planted illicit images to implicate her husband, and referred the matter to law enforcement.

San Fernando Valley Law Firm: One of the owners of a company was being sued by a former employee for sexual harassment.  Upon identifying the content of emails and text messages sent from the employee to the owner, the settlement was reduced by 40%.

Orange County Manufacturer: Identification of data destruction by an outgoing officer prior to his starting a competing company, resulting in a multimillion dollar verdict for the client.

Thousand Oaks Law Firm: Discovery of previously unknown $2 million in brokerage accounts on a computer of the client’s spouse in a divorce matter.

Pasadena Law Firm: Successfully identified sender (one of the firm’s paralegals), who created a fake email address before sending an inappropriate email to the entire firm with an attached risqué photograph of fellow paralegal.

Oxnard Law Firm: Forensic analysis of a cell phone, identifying an inappropriate video sent from a male manager to a female employee.

Los Angeles Law Firm: Identified numerous illegal images on the hard drive of a client’s former spouse in a custody case, which was referred to LAPD.

Large City Newspaper: Identified violations by an employee, who used company resources while moonlighting for a competing newspaper.

Westlake Village Business: Identified on an employee’s hard drive her violating computer / company policies in a sexual harassment matter, including inappropriate images of her in sexually compromised situations.

Encino Business: Searched of terminated employee’s hard drive for evidence of his improperly obtaining his employer’s data for the purposes of starting a competing business.

Ventura Law Firm: Identification of evidence of an employee violating firm policy by using firm resources (hardware, software applications) for a separate business concern, while on the clock.

Camarillo Individual: Identified through Internet histories the planned indiscretions of a client’s spouse who was traveling on business around the world, including soliciting escorts in other countries.

San Francisco Manufacturer:  Identified improper use of proprietary technology by the client’s customer, who was using the client’s software / hardware in a Los Angeles medical facility.  They attempted to circumvent internal controls to continue to use the devices.

School District Board: Computers of Superintendent and Assistant Superintendents were analyzed to identify illegal and inappropriate activities.

This is an increasing area for us when care is needed in the data acquisition process. This requires more than a person who knows computers copying some files, but rather collecting data in various formats from different sources in a legally defensible manner.

Partnering with eDiscovery firms as well as larger law firms, we go on site to image hard drives, conduct targeted collections, acquire cell phones, etc., preparatory to their ingesting onto an e-discovery platform.  We frequently send kits to remote sites for collecting ESI when appropriate.

Some common categories to collect:

Our incidence response requests are growing, indicative of growing threats to our systems, particularly abroad. Identification of outside threats through various hacking related techniques is needed more frequently now than ever before. Hard drives, cell phones, routers, and other devices are analyzed to determine if unauthorized access has occurred.

Being well versed in reacting to IT forensic and security challenges allows us to be effective on the proactive side as well, identifying threats and shoring up vulnerabilities. Our information security experts have Ethical Hacker certifications, and help clients manage and mitigate potential cyber risk and know how to respond to a cyber incident. We routinely conduct audits, and in cases where termination of IT personnel occurs, go on site to secure the network.

For more information about cyber security for lawyers, please see our offerings at http://www.vricyber.com.

These surveys identify potential listening, tracking or viewing devices in homes, offices, cars, etc. Our investigator brings about $150k of equipment on site to capture images and take various readings to find out if unauthorized monitoring is taking place. 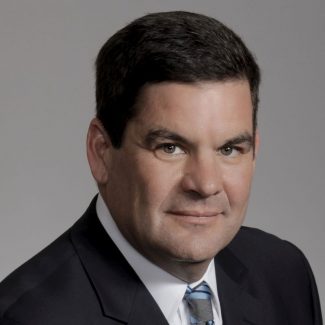 “In my practice representing employers in employment law matters, I have used John Troxel and VRI many times for investigation, computer forensics and related tasks. John has always provided top quality services in a timely manner and at a fair price. He also consistently demonstrates integrity and has deep roots in the community, both of which are important to me as well. I have confidence in John and VRI.”